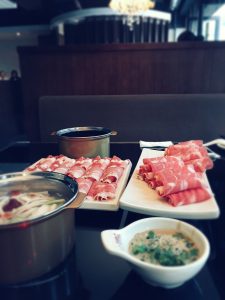 A study at Purdue University proved that timing was important.

Wayne Campbell, the senior author of the study at Purdue, commented on the findings of the study led by Joshua Hudson and published in Nutrition Reviews. He noted that timing mattered when it came to consuming those high protein supplements and consuming them in between meals to replace another snack might actually interfere with your maximum weight loss, rather than aid it.

Using them for snacks, rather than to replace a meal, can add extra calories to your day.

The study followed not only the potential weight loss of the subjects when using a protein supplement, but also the timing of ingesting the supplement. The conclusion was clear. People who used the supplement as a snack between meals gained weight, while those who consumed it during the meal not only maintained weight, but also decreased the amount of fat on their body. Since these studies were just to see the effect of timing, the subjects weren’t attempting to restrict caloric intake.

If you want to gain lean muscle mass, grab a protein drink between meals.

One of the reasons that people tended to gain weight when the protein supplements were used as snacks is that they are higher in calories. When it was time to eat the next meal, the caloric intake was not adjusted for the snack. When consumed with a meal, it filled them and reduced the number of calories they ate, so they maintained their body weight rather than gaining weight. However, for those trying to gain weight, this study can be a blessing. Consuming a protein drink between meals not only helps add pounds, those pounds tend to be muscle rather than fat.